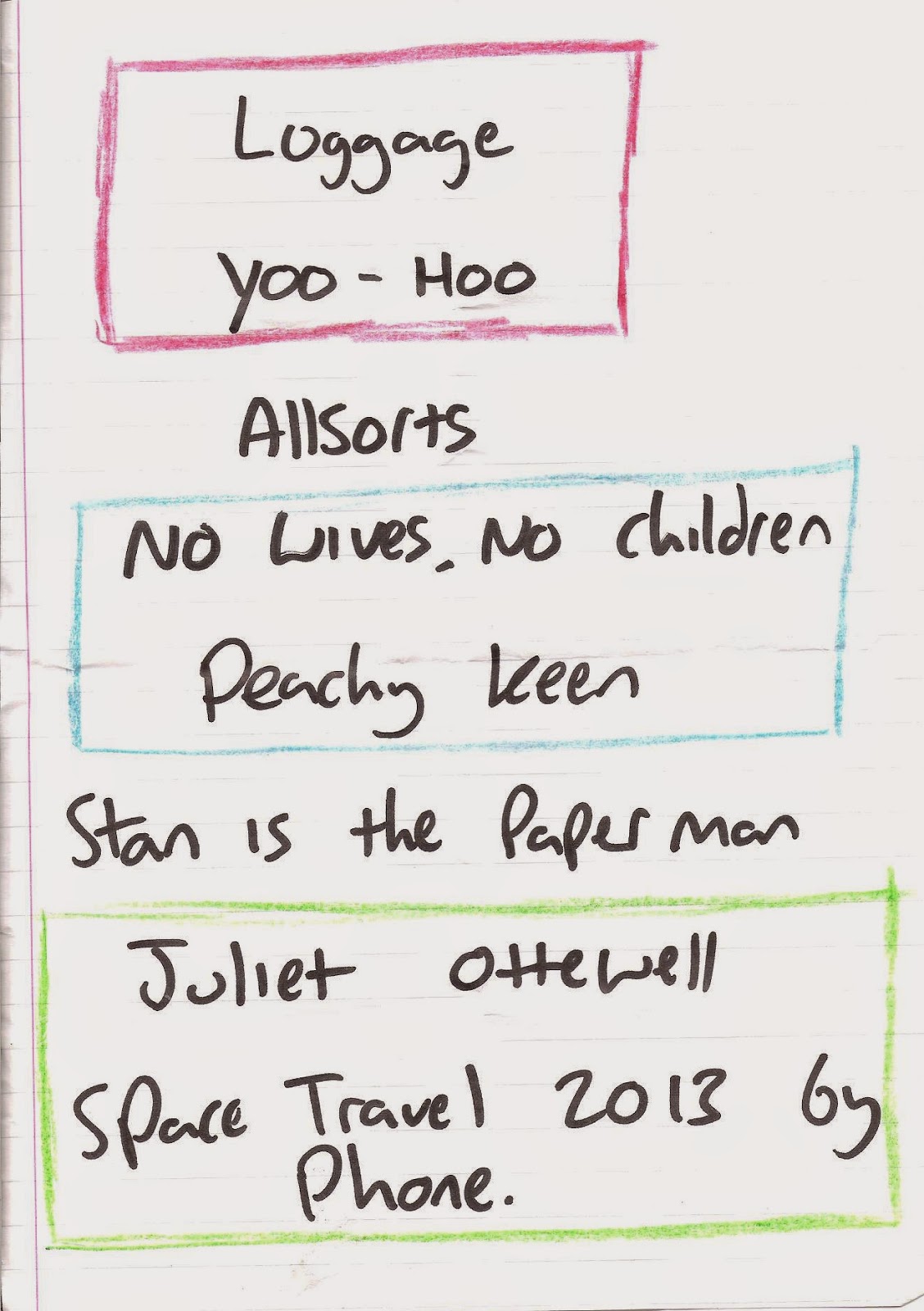 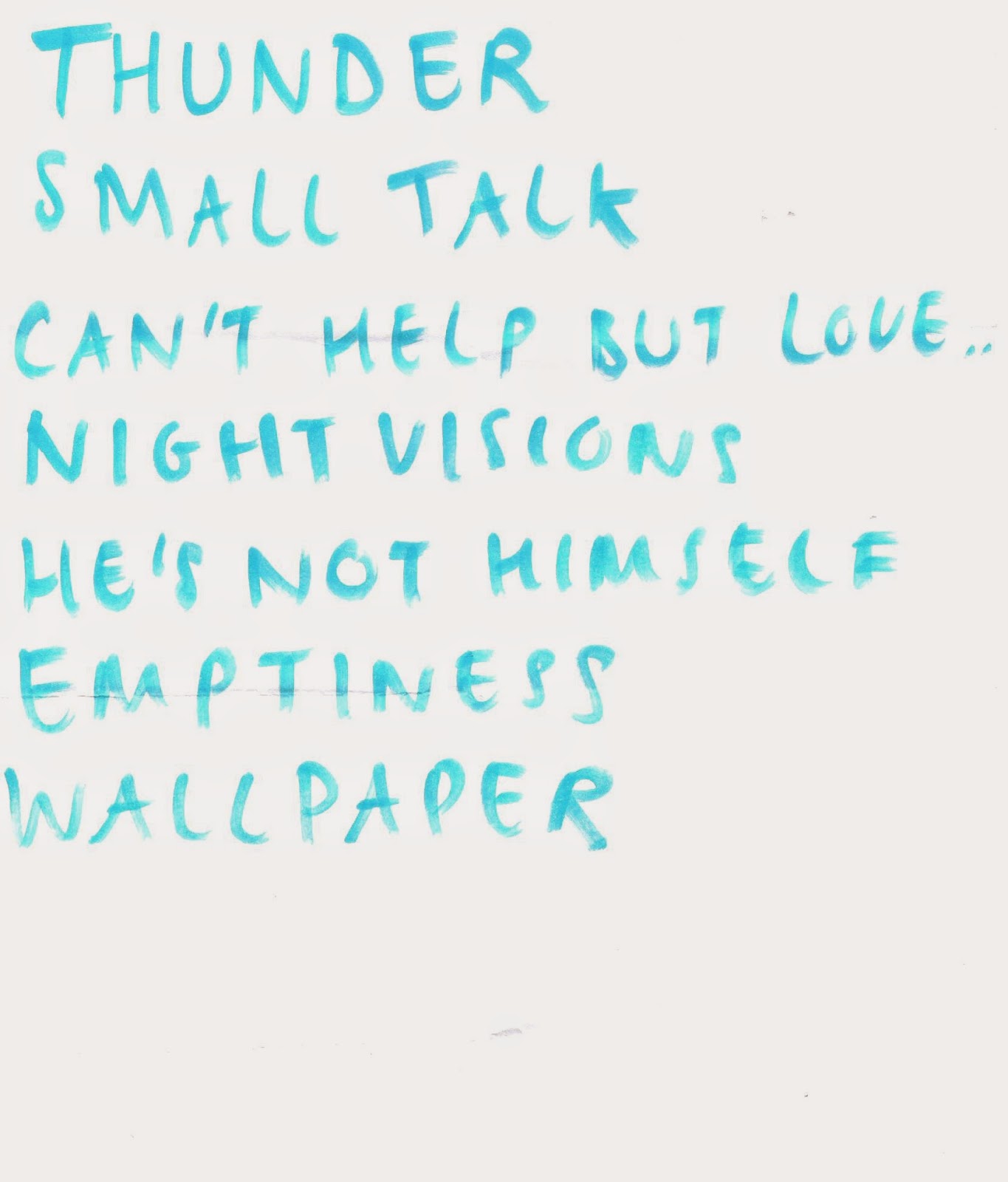 This is, I’m ashamed to say, the first time I’ve partaken in the delights of the Swindon Shuffle, an annual event around the town to showcase the best of Swindon’s unsigned, up-and-coming and veteran acts. It’s now in its’ eighth year, after my friend Rich Craven was sat in the Vic one night and came up with the concept of a Swindon version of the Camden Crawl… Still, better late than never, and this year my recent interest in the excellent Nudy Bronque was the key factor in my attendance. They’re up the Vic, so so am I!

Rach and the kids were camping in our back garden Friday night – I hate camping, me, so this was also an excellent reason to get out of that! So I parked up around the corner from the Vic about 9, bumping into Swindon’s punk rock queen Debby for a chat before wandering into the back room, expecting to see The Racket, scheduled for 9. Instead, a well-attended room were bathing in the aural candyfloss of WILDEST DREAMS, the new musical brainchild of Zoe Mead, apparently a well-known name in local rock circles. First time I’d come across her or her music, and I was impressed; the 2-girl plus boy drummer trio played some wistful ethereal mood music midway between the lazy indie pop of The Sundays, and the more woozy shoegaze of Slowdive. I caught an unexpected half dozen of these dreamy soundscapes, their penultimate number, a more upbeat, haunting and pseudo-Goth one possibly called “Solitude” being my favourite of their set. Made me miss 2:54 a little, a very favourable start.

A quick chat with MC Ed Dyer revealed the Vic was running late, so my upsetting clash wouldn’t happen and I had time to go round to The Castle to catch the on-time set from FAYE ROGERS. Having chatted through most of her quietly impressive set at Riffs last time out, I was determined to pay attention this time! Faye had some technical issues during opener “Thunder”, but ploughed admirably through, getting her lovelorn little acoustic numbers back on track by 3rd number, the heart-achingly beautiful “I Can’t Help But Love You”. This was a stark, raw little gem of a set, delivered by Faye in a pure, innocent sounding voice reminiscent of Harriet Sunday or Madder Rose’s Mary Lorsen, with sparse yet fitting musical embellishment from her backing band. “He’s Not Himself” was my highlight, a darkly dramatic but no less heart-tugging paean to her grandfather, who suffered from Alzheimer’s Disease, the chilling musical layers articulating the despair of the situation as succinctly as the lyric. I’m glad I paid attention this time, as this was a splendid set from a naturally talented, self-effacing young voice.

Quick chat with Faye and her mum, my old BT colleague Stella, before hot-footing back over to the by-now completely rammed Vic back room, for NUDY BRONQUE’s entrance at 10.30 after a fiddly set-up. Aiden, arms aloft, led the band (a 4-piece tonight, again augmented by their producer on keyboards!) into the Pulp-esque opener “Luggage” which segued straight into “Yoo Hoo”, the usual schizophrenic chord/ tempo/ mood changes immediately a feature, often a little frustratingly so, as you’re never entirely sure with Nudy Bronque, when one song actually finishes and another begins! But then that sense of unpredictability, that feeling of flying by the seat of your pants, is all part of the Nudy Bronque charm, right kids? Third (I think!) number “Allsorts” featured the stripped back base as the background to Aiden’s vocal gymnastics and pseudo-yodels, and eye-catching shape throwing and general frontman showing off! “No Wives, No Children” highlighted the fact that this band aren’t scared of often using almost complete silence as a feature of their songs, a sign of real confidence in my view, before switching suddenly to cacophonous noise in the same number! “No Wives”, for me also reminiscent of Boston’s Rocketscience’s excellent song “Killjoy”, segued effortlessly into the galloping Orange Juice “Blue Boy”-esque rodeo ride of “Peachy Keen”, their best number tonight, Aiden throwing in a “Hound Dog” reference before delivering the hook through a toy bull-horn. Barking mad!

A rocking “Juliet Ottewell” was the precursor to the denouement; a stretched, epic “Space Travel 2013 By Phone”, featuring another cacophonous, discordant outro which saw Aiden screaming the title through the bull horn again before seemingly thanking everyone in the packed room individually. Excellent stuff; this is not “wacky” or “funny” by design, it’s just pure entertainment, and tonight the Bronque took the showcase occasion of a packed Shuffle Vic and really upped their game, delivering probably the best performance I’ve seen from them. Well done boys!

I grabbed the list as MC Ed announced a 15 minute break, “to clear up [Nudy Bronque’s] bloody mess,” before headliners British Harlem. By now, this old boy was flagging a little so, with an early start for tomorrow, I said my farewells and left.

However, there was more Shuffling in prospect on Saturday! Having picked up Evan for his Summer stay with us, and having dropped Logan off for a playdate, we took a drive into town for a couple of Shuffle shows. Firstly, we headed into a sun-drenched lunchtime Central Library courtyard, bumping into Danny and Ellen (acting as MC for the afternoon), catching the last knockings of DAVE CORRIGAN’s strumalong kitchen sink drama and Americana tinged set, accompanied by Nudy Bronque’s producer on keyboards! Then we enjoyed another FAYE ROGERS set, a truncated 5-song version of last nights’, with “I Can’t Help But Love You” and “He’s Not Himself” again the highlights, Faye this time accompanied just by her guitarist and the set consequently having a more pastoral feel.

Then we grabbed pasty lunch and took a walk down to That’s Entertainment for SIMON HALL. I was expecting an outdoor full band set, but this would have been in direct competition with the big band noise from Wharf Green, so Si played a solo set in the shop window. Much more overt a delivery than other Shuffle performers so far, and generally falling between the blue collar anthems of The Gaslight Anthem and the heart-on-sleeve raw angst of Dashboard Confessional, this was again a fine set punctuated by no little wit (“I fell off my doorstep, so if my guitar playing sounds ham-fisted, it’s because my fist looks like a ham!”). I thoroughly enjoyed his own “Face For Radio”, a warts-and-all road movie for all bottom of the bill workaday acts, a well-observed “Fisherman’s Blues” which made up for a slightly incongruous “True Colours” (yup, the Cyndi Lauper song!), and some nice incisive lyricism elsewhere (“it’s been my mission to make bad decisions” and “I wrapped four chords around a girl who I thought meant the world to me” being 2 of my favourites). Shame no more than a dozen punters availed themselves of this nice little set.

So that was me all shuffled off for the day, as an overtired daughter necessitated a departure from town thereafter. Still, I’ve really enjoyed my first taste of The Swindon Shuffle; after all this time travelling around seeing bands, I’m finding that there’s good stuff right on my doorstep, especially Nudy Bronque, definitely my favourite Swindon band since Tim’s early You Are Here days, and who might be the first band to deservedly gain more national exposure since, ooh, XTC and Shriekback??? Either way, long may Swindon Shuffle, and in future I’ll be shuffling along with it!